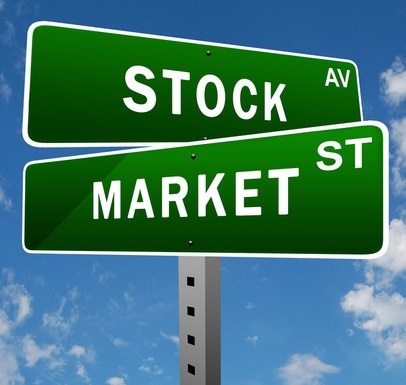 Investing Is Not A Game

Since we are long term investors, we don’t often feel the need to send communications about short-term market movements - up or down. But the events in the stock market last week were new and unusual, so we want to share our thoughts with you. Even though we have received a few questions they weren’t out of fear or concern, but simply from curiosity.

If you want our bottom line?  Here it is. Many traders/gamblers may be tempted to get involved with the newest fad, but it’s important to consider the risks involved with chasing that next shiny object. We’ve seen this game play out before, and often it doesn’t end well. The stock market is ultimately grounded by fundamentals, and from a fundamentals perspective none of this makes sense. This too shall pass.

What is all this talk about Robinhood, WallStreetBets, and trades in a few individual stocks?

“You can’t invest without trading, but you can trade without investing. … [T]hinking you’re investing when all you’re doing is trading is like trying to run a marathon by doing 26 one-mile sprints right after the other.” — Jason Zweig

Are you out of breath trying to keep up with the breaking news about a few individual stocks and all the other red-hot trades o’ the day? Here’s a synopsis (to date), and what it means to you as an investor. [Note: due to compliance regulations we are unable to name specific individual stocks or reference their performance, but you should get the gist of this anyway]

Seemingly Unstoppable Games: Last week, a perfect storm of traders converged on the market, propelling the prices of a few previously sleepy stocks into the stratosphere. Jason Zweig of The Wall Street Journal reported, “From Jan. 25 through Jan. 29, a ragtag army of individuals sent shares in a specific stock up 500%, and sent many others skyrocketing too.” Coincidentally the stock price dropped 30% on Monday 2/1 and another 50% since then as of this writing. (Source: CNBC)

Reddit Gone Wild: Interestingly, there was no huge, breaking news or major shift in these companies’ fundamentals to explain the surge. Instead, a tidal wave of trading momentum happened to form on a Reddit forum called WallStreetBets.

Short-Sellers Get Squeezed: Whatever inspired the movement, it soon became a force of its own, like an online flash mob buying and holding shares at increasingly higher prices. Why would anyone do this? Some may have just gotten caught up in the excitement. Even Elon Musk got in on the action with his “Gamestonk!!” WallStreetBets tweet. Others were hoping to profit on a communal squeeze play against “fat cat” hedge funds and others who had chosen to short-sell the same stocks.

When a trader short-sells a stock, they’re betting the price is about to drop. If it does, they can profit handsomely. But if the price instead shoots upward, a short-seller can face a margin call, requiring them to cough up the difference between the original share value and the fast-soaring price. In this case, short-sellers like some high-profile hedge funds lost billions of dollars meeting margin calls, which in turn became chum to the feeding frenzy.

Robinhood Parries: As the frenzy continued, many retail trading platforms – including Robinhood, Schwab, TD Ameritrade, and others – started experiencing trading overloads. Technical glitches as well as deliberate trading restrictions ensued. Not surprisingly, traders impacted by the lapses and restrictions have cried foul, perhaps rightfully so. Meanwhile Robinhood was forced to secure $3.4 billion of emergency capital investment to keep the platform operating. (source:  Forbes)

Enter the Fed: Is the phenomenon just a new, but legal variation on a very old market mania theme? Did anyone actually violate existing regulations, and if so, whom? Are new regulations warranted? Securities regulators are considering these questions, not yet resolved.

Where does this leave YOU as an investor?

You may have noticed: As we’ve introduced the players in this unfolding drama, we’ve not used the term “investor.” That’s because none of them are, in fact, investing. Not the retail traders flexing their communal muscle. Not the short-sellers who lost their shirts. Not the trading platforms, supporting the mania in the middle.

Everything we’ve been describing so far has involved trading, where there’s nothing new about having big winners and sore losers. By definition, trading is a messy, cut-throat, zero-sum game. For every trader who gets to buy low and sell high, there must be a pair of traders on the other side, who were willing to sell low and buy high. The only real questions in the current drama are whether any rules were broken that made the trades illegal, or whether any new rules need to be crafted to ensure markets don’t become so unstable, they cease to operate.

In the meantime, you are an investor, and we encourage you to remain one.

Over time and around the globe, winning and losing traders converge, and create market growth. Their volatile trading games translate into long-term market returns. As an investor, you can capture these returns by buying and patiently holding broad market positions, based on your willingness, ability and need to take on investment risks in exchange for expected market returns.

As an investor, it really is that simple, and we’re here to help you do just that. As a trader? Wow, if anything, these recent adventures in trading should underscore how impossible it is to consistently predict where any given stock, sector, or forecast is headed next. This reinforces why it is better to put the odds in your favor with the efficiency of a long-term, globally diversified portfolio, and to leave the ‘gambles’ to the traders. Let us know if we can assist further with that.