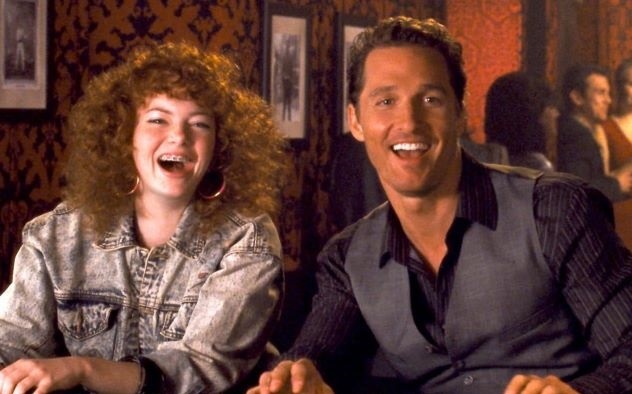 Old 401ks – The Ghosts of Boyfriends Past

I love romcoms.  Give me a movie that has a meet-cute and wedding, and I’m in.  So, when “The Ghosts of Girlfriends Past” recently aired, I said alright, alright, alright to spending two hours with Matthew McConaughey on a Saturday night (sorry, husband).  If you haven’t seen this classic (shame!), McConaughey plays, according to IMDb, “a serial womanizer” who is haunted by the ghosts of his past girlfriends while attending his brother’s wedding.  While Matthew was dragged down memory lane, I started thinking about old 401ks.

Old 401ks are the ghosts of boyfriends (or girlfriends) past.  Employees today no longer work for one single company from cradle to grave; the norm now is to change jobs every two to three years.  If you’ve worked for 10 years, it’s conceivable that you’ve had 4 to 5 jobs, which means you may have 4 to 5 old 401ks just hanging out there…in the void.  And you don’t think about them, because you’ve moved on, you’re in a new relationship and only looking forward.  And yet, a certain song or smell occasionally triggers a memory of those former employers… and those old 401ks.  You know you should do something about them - it is your money - but why dreg up the past?  Well if Matthew McConaughey’s antics taught me anything, it’s that you want to confront the loose ends from the past before they start haunting you.

I recently read an article that relayed how an engineer in his mid-50s forgot about 6 old 401ks.  These 401ks had balances ranging from $10k to over $100k.  He decided it was time to deal with these old accounts, and that’s when he learned that a company where he worked over 10 years ago had gone under and all their assets were frozen, including his old 401k.  That’s like running into your commitment-phobic ex and learning he just celebrated his 10th wedding anniversary…knife to the heart!  It took this engineer, with the help of his advisor, over a year to get access to his money!

That’s an extreme example of what could happen to an old 401k, but leaving them behind can hurt your current wellbeing and future retirement.  Like a closet full of past relationship mementos, it can be overwhelming to have to keep up with the different accounts at various financial institutions.  Disorganization is a top money stressor.  Save yourself the gray hairs and start getting your financial house in order.

When you leave your money in an old 401k account, you are subject to the limited investment options of that plan and potential administrative fees.  You have essentially given someone else control of your money and it’s costing you.  Your money could be invested in funds that do not align with your current goals or worse, sitting in cash.  Remember that engineer?  If that $100k in his frozen 401k account was held in cash instead of invested, he lost out on doubling his money.  Using the Rule of 72, his account value could have double had it been invested in a fund or funds with an annualized return of 7.2% over 10 years.  That’s an additional $100k that he left sitting on the table.

It may seem overwhelming to deal with the past, but some 401k plans make it easy by allowing direct rollover requests online.  If you’re ready to finally get closure, here are your possible options for an old 401k:

If Craig and Naomi can get closure (#SouthernCharmSpoilerAlert), you can too.  Ready to give up those ghosts?  Contact Anne Simpson (anne.simpson@odyssyepfa.com) to help you understand your options for your old 401ks.