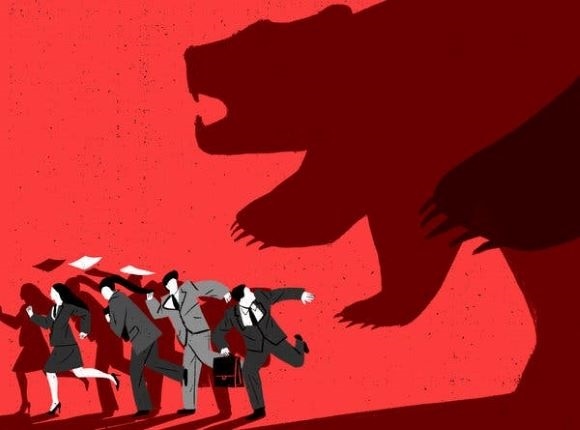 “Citigroup Says S&P 500 Heading for a ‘Full Scale Bear Market.’”  That was the headline of a Bloomberg news article on June 10, 2019.  Yahoo Finance reported it as well with an attention-grabbing link to the article on its main page.

The article made a case for a large drop in the S&P 500… if these certain things happened:

If all of those things happened the S&P 500 would drop to 2,350.  But the article hedges by offering other scenarios:

So, it’s either door number 1…or door number 2…or door number 3.  Based on the headline, you may have thought that the end of days is near, but if you stuck around to read the article, you would have realized that they just don’t know what will happen next.

The point of this article is that the June 10th headline on Bloomberg News and Yahoo Finance was very misleading and could have caused investors to make decisions that could harm them in the long run.  We're sure the media doesn’t think that people would make investment decisions just based on a headline.  Unfortunately, not everyone reads an entire article.  Many people just scan the headlines and may only read a few lines in an article or blog post.   Negative headlines attract attention, contribute to fear that a crisis is brewing, and may impact people’s behavior and outlook.

Interestingly, the S&P 500 has reached new highs since that article was written.  The US has not reached a trade deal with China as of this writing and the Federal Reserve has not cut interest rates (although they have indicated they might do so later this year).

When browsing online news, especially financial news, don’t jump to conclusions based on a headline alone.  Read the article, you might learn something, or you’ll discover that most online headlines don’t tell the whole story.

You hired Odyssey to advise you on your personal finances.  We’re also here to sort out all the “noise” produced by the financial media.  Feel free to call us if an article like this needs further discussion.  We’re here to help.